We’re delighted to announce that the role of Jimmy will be performed by the extremely talented Robert Colvin.

“I’m hugely excited to get started on this great show, for an even greater cause. Whilst 48 hours for an entire musical is daunting, the chance to be able use the power of theatre as a force for good in #48hourMillie is something I’m thrilled to be a part of” Robert Colvin

“What a thrill to be working with the exceptional Robert Colvin at the very beginning of what, with his gifts, is sure to be a long and enviable career” Leigh Thompson, Musical Director

THEATRE WHILST TRAINING: Billy Flynn in Chicago; Busker in Lift the Muscial ; Featured soloist in Colours of the Wind(Move it 2014); George in The Drowsy Chaperone.

Robert will be joined on stage by Amy Perry as Millie, Carly Thoms as Miss Dorothy, Suanne Braun as Mrs Meers and West End star Anna-Jane Casey as Muzzy. 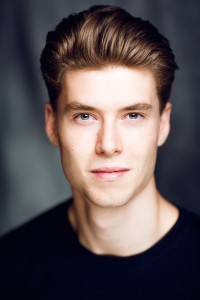